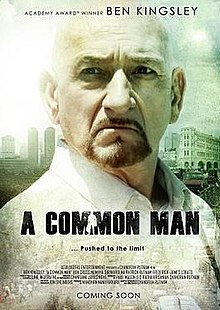 A mysterious man (Ben Kingsley) plants five bombs around Colombo, Sri Lanka, that will explode unless four terrorists are released from prison.

A Common Man is a 2013 American-Sri Lankan thriller film directed by Sri Lankan filmmaker Chandran Rutnam, starring Ben Kingsley and Ben Cross.[1][2][3][4] The film is an official remake of the Indian film, A Wednesday! (2008).[5]