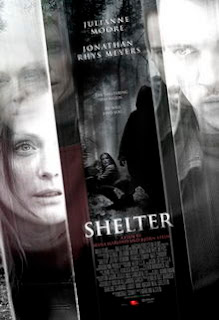 Shelter is a 2010 American supernatural thriller horror film directed by Måns Mårlind and Björn Stein, written by Michael Cooney, and starring Julianne Moore and Jonathan Rhys Meyers.[4] The film was released as 6 Souls in the United States on 1 March 2013, for video on demand, followed by a limited theatrical release on 5 April 2013.[5]

A forensic psychiatrist discovers that all but one of her patient's multiple personalities are murder victims. She will have to find out what's happening before her time is finished.