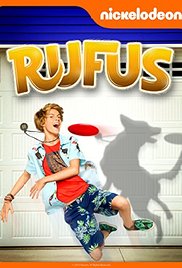 Manny's not sure what to do, so he enrolls Rufus in school. When the other students notice Rufus's silly dog antics -- chasing squirrels, eating without utensils, asking for belly rubs, and catching a frisbee with his mouth -- he immediately becomes the most popular kid around. Manny is jealous of his new best friend but eventually learns that a dog's loyalty to his owner always comes first.