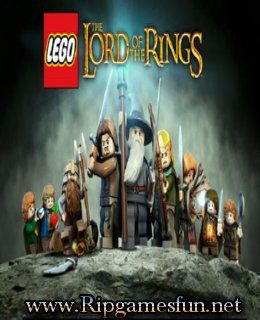 Lego The Lord of the Rings is a Lego-themed action-adventure video game developed by Traveller's Tales, that was released on Nintendo 3DS, Nintendo DS, PlayStation Vita, Microsoft Windows, Wii, PlayStation 3, and Xbox 360. The OS X version of the game, published by Feral Interactive, was released on 21 February 2013.Based on The Lord of the Rings film trilogy, the game follows the original but spoofed storylines of The Fellowship of the Ring, The Two Towers, and The Return of the King, taking players through the epic story events, "re-imagined with the humour and endless variety of Lego play". The game utilises music and voice acting taken from all three films of the film trilogy. Developer Traveller's Tales has stated they toned down the slapstick humor found in other Lego-licensed titles. The game follows the events in the films; however, like the Lego Star Wars series, some scenes from the films have been altered to become more family friendly or just provide comic relief to the player. 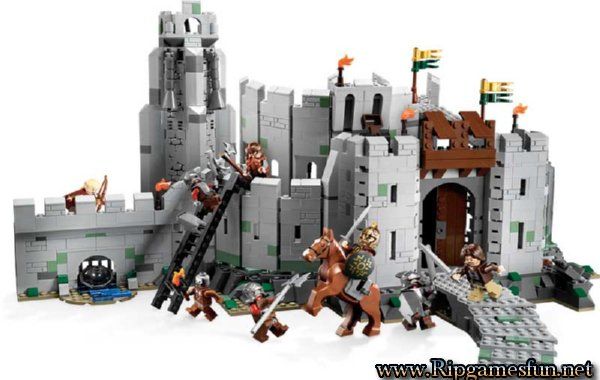 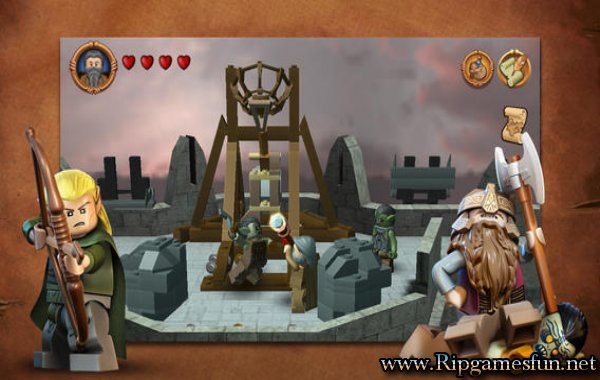 Throughout the game, players can also collect and use numerous magical items, including the Light of Eärendil, Elven rope and a wide variety of swords, bows and other such weaponry and armor familiar to the films. New character abilities include the lighting up of dark places (Frodo, Gandalf, Radagast and Saruman) and being thrown at objects and to locations (Gimli and Gloin). Each character has their own inventory, which usually consists of weapons and quest items. Some characters have items with abilities that are either character-exclusive or available only to a small amount of characters. There is also an inventory shared by all characters, which includes all Mithril items as well as collectible items located throughout the open world and all the missions, all of which feature a large variety of weaponry and abilities. The game has a total of 18 levels (plus a bonus level upon completion), as well as a hidden ending, which is unlocked after 100% of the game is complete. Combat involves the player attacking enemies either through basic melee combos or firing projectiles, either through aiming or pressing the shoot button. However, if the player and the enemy are both using swords, they may enter a brief sword fighting sequence involving the player pressing the fight button. Throughout the game, some parts of both the story and the open world can only be traversed or completed by using special items or abilities. These abilities include fishing, shooting, collecting water, explosive, invisibility, breaking Mordor bricks, light, and jumping high. 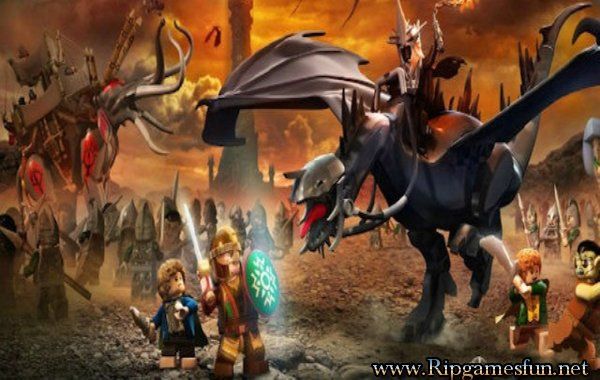 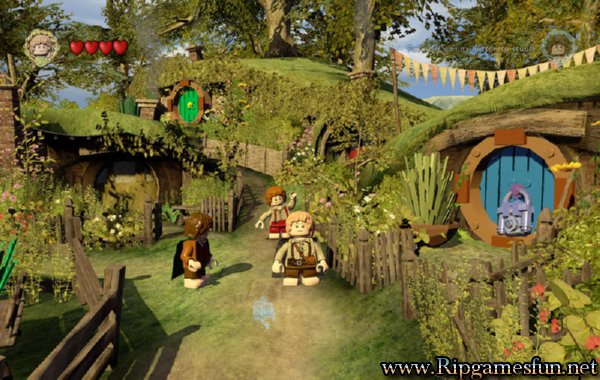