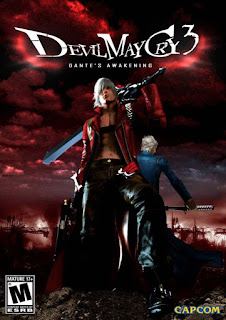 Devil May Cry 3: Dante's Awakening is an action-adventure hack and slash video game developed and published by Capcom, released in 2005 for the PlayStation 2 and ported to Microsoft Windows in 2006. The game is a prequel to the original Devil May Cry, with a younger Dante.It retains elements from the two previous games, expanding its combat system with a number of fighting styles. The story is told primarily in cutscenes using the game's engine, with several pre-rendered full motion videos.Set several years before the events of the first Devil May Cry in an enchanted tower, Temen-ni-gru, the story centers on the dysfunctional relationship between Dante and his brother Vergil.Although Devil May Cry 3 was criticized for its degree of difficulty, it was also praised for returning to the challenging gameplay of Devil May Cry. The game was re‐released in 2006 as Devil May Cry 3: Dante's Awakening, Special Edition  with a recalibrated difficulty curve and Vergil as a playable character. Combined sales of both versions were over four million, and a 2005 manga prequel to the game was published in Japan. 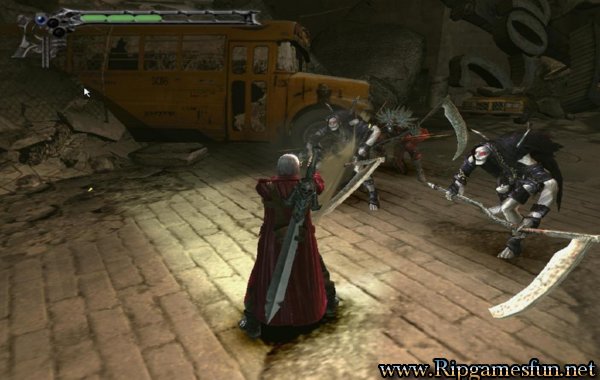 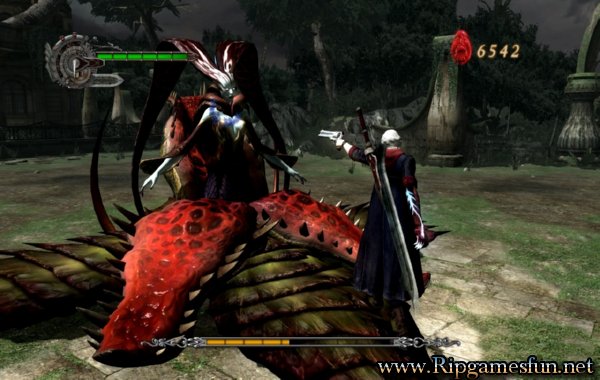 The gameplay in Devil May Cry 3 consists of levels ("missions") in which players battle enemies, carry out platforming tasks and solve puzzles to progress through the story. The player's performance in each mission is graded from D through C, B and A, with top marks of S and SS. Grades are based on time taken to complete a mission, the number of red orbs (game currency, obtained from defeated enemies) gathered, "stylish" combat, item usage and damage received.Stylish combat is the performance of a series of attacks while avoiding damage, and is tracked by an on-screen gauge. The longer a player attacks without repetition and evades damage, the higher the score. The gauge registers "Dope" after a few attacks, progressing through "Crazy", "Blast", "Alright", "Sweet", "SShowtime" to peak at "SSStylish". If Dante receives damage, the style rating falls; if the gauge is "Crazy" or below, it will reset. Devil May Cry 3's battle system allows a player to link attacks, with each weapon having a set number of attacks. Although the game focuses on battle aggression, a player must also employ strategy; the enemies use a variety of artificial-intelligence tactics, and respond to a variety of events.The Devil Trigger enables the player's character to assume a demonic form. This alters the character's appearance, increases attack and defense, restores health and enables special attacks. The Devil Trigger state lasts as long as there is energy in the Devil Trigger gauge; the gauge rises by attacking (or taunting) enemies in normal mode, and falls when using the Devil Trigger transformation or other abilities using Devil Trigger power (such as the Quicksilver and Doppelganger styles, described below). The Devil Trigger mode is not available to Dante until one-third of the way through the game, while Vergil (playable in the special edition) has the ability at the outset. 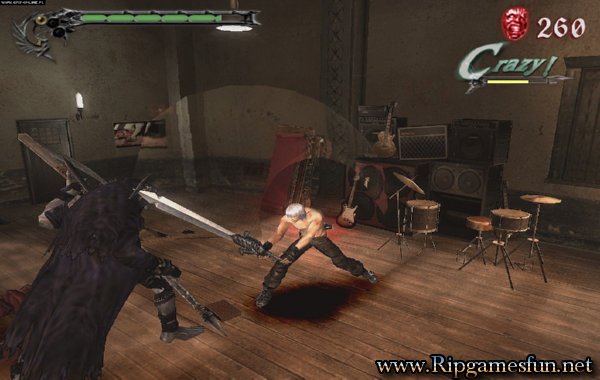 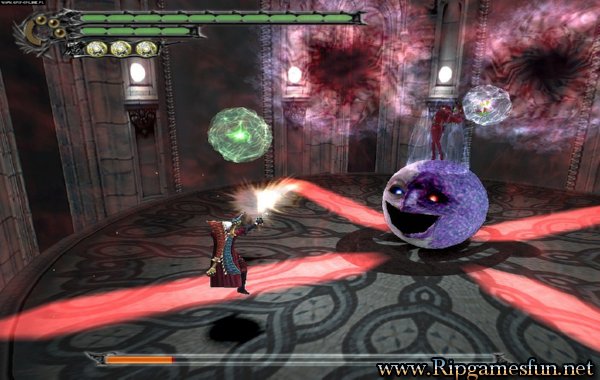