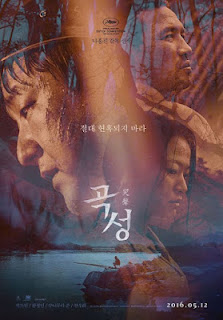 Within a seemingly peaceful village, a plague of mysterious & violent deaths suddenly take place. The police conclude poisonous wild mushrooms are the cause of the deaths. Police Officer Jong-Goo (Kwak Do-Won) hears a rumor from a coworker about a mysterious Japanese man (Jun Kunimura) living nearby. The rumor fingers the Japanese man as the man causing these mysterious & violent deaths. Jong-Goo, while on duty, meets Moo-Myeong (Chun Woo-Hee). She tells Jong-Goo that she saw the Japanese man where the last deaths took place. Jong-Goo's doubts about the man begin to waver. Jong-Goo's daughter Hyo-Jin then comes down with the crazed symptoms similar to what the other villagers had before their deaths.