Gangstar Vegas, the free to play action game developed by Gameloft released some time ago on the Google Play Store, has recently received an update which introduces plenty of new features, changes and tweaks which improve the experience considerably. As always, we provide you to download the latest Gangstar Vegas apk file. 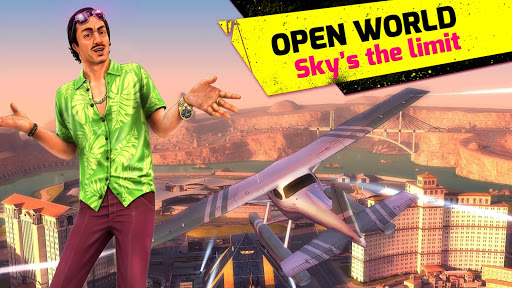 Like GTA San Andreas, Gangstar Vegas is a great open world action-adventure game. The game lets you play as a rising MMA champion. Framed by the mafia, you are supposed to throw your bout at the fighting event of the year. But when your opponent beats you to the punch and goes down first, famous crime lord Frank Veliano’s perfect plan goes down too. You have just become the most wanted man in the city. In a place where crime is everywhere, you will have to hold your gun tightly and take part in the wildest mafia wars ever!

Here are the full details of the Gangstar Vegas 2.2.0d update:
• VEHICLES: Smash the freaks with the Pumpkin Carver. Chase citizens of the City of Sin while flying through the night sky on the Jack-o'-Jetpack or the Witch's Weapon.
• WEAPONS: Blast your enemies with the powerful Cornucopia, or give them a dressing down with the Desiccated Destruction!
• CLOTHES: Cool ceremonial clothing fit for an exorcism: Pilgrim Set, Witch Hat and Jack-o'-Lantern Grimace.

Gangstar Vegas is available for free download and play on Android 2.3 and above. You can grab the update on Play Store or download the latest Gangstar Vegas apk from the link given below.